It was about last year that I’ve started looking into the roots of café culture. While it is always exciting to find a new coffee shop before anyone else, I feel the same kind of excitement of finding a local-only café that has been preserved for hundred years. Kissaten, an old-style Japanese coffee house, is a great example of Tokyo deep-rooted passion for quality coffee. Hidden away from any sunlight, kissaten is all about you, the master and a cup of coffee.

Here are the Curiosity’s three picks of top-notch kissatens in Tokyo:

Kayaba coffee is a fusion of ancient and modern. Located in Yanaka’s Kototoi-dori behind Ueno Park, this kissaten has been running for over 70 years. The building itself is a worth-seeing spot as it was built during the World War I in the so-called “old downtown” of Tokyo. The coffee house has survived the earthquakes and the air raids during the War and exterior remained unchanged to this day. However, the true charm of this café is its ability to adapt to modern times. The original owner has closed the kissaten in 2006 but it has been brought to life once more in 2009 with the help of Taito Cultural & Historical Society and the people behind the nearby gallery SCAI THE BATHHOUSE.

While Kayaba coffee house has been renovated, you can feel the retro spirit all over the place, from the original sign post, tatami mats, chairs and coffee cups that have been used for decades to its traditional shaved ice machine. The menu, however, has been changed to adapt to the likes of ever-changing Tokyo crowd. The best example is espresso-based drinks which is a rare find behind traditional kissaten counters. Kayaba coffee does not only indulge their customers in beautifully poured lattes but also offers matcha and houjicha lattes. A never-ending queue on weekends proves the success of Showa-era kissaten’s revival. 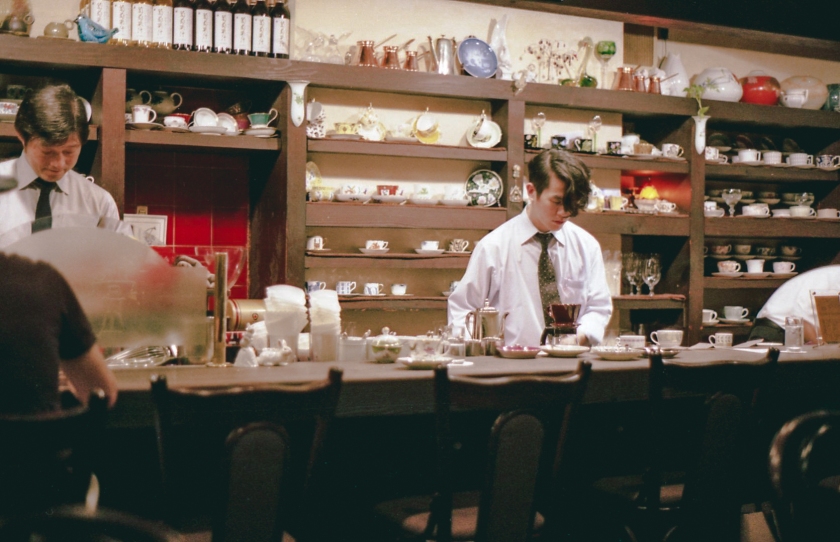 A stone’s throw away from Shibuya station, Satei Hato is a must-go destination for true coffee lovers. Opened in 1989, the unassuming small wooden door leads you into a dark and mysterious, a space filled with hundreds of beautifully aligned cups, saucers and coffee gear. Baristas dressed smartly in shirts and ties behind 12-meter-long pine counter are slowly (very slowly) making a pour over coffee. The price you pay here for a coffee is much higher than in the usual kissaten (~¥900) but the hand drip is one of the highest quality that can be found in the city.

The highlight of Satei Hato is undoubtedly rare aged coffee which takes about 30 minutes to prepare with slow nel drip. The result of this ritual is a rich and thick dark fluid packed with strong flavours and aromas of spices, chocolate and slightly reminds of bourbon barrel coffee. It’s like an espresso – dense and concentrated. For lighter options, Café Glacé is a delight to both, the eyes and taste buds – it’s a neatly layered cold coffee and milk combo served in a wine glass. 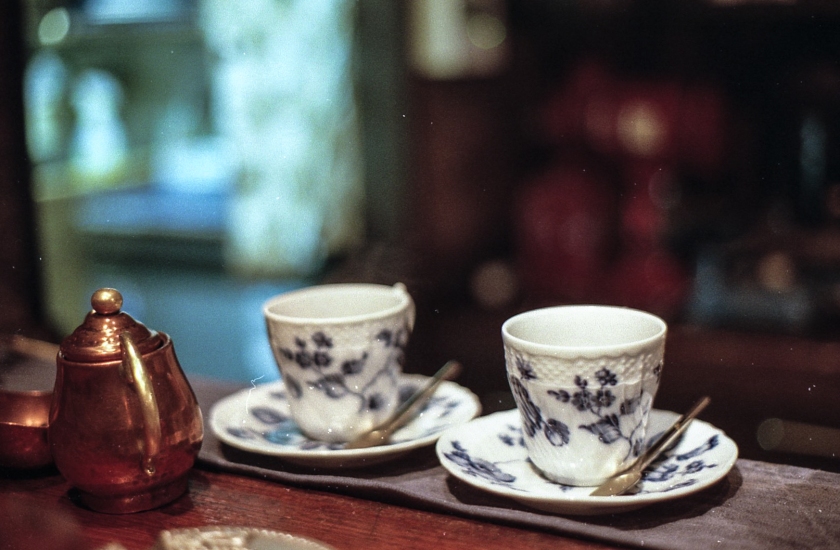 Under the roof of Sun Road shopping arcade in Kichijoji, the cave-like decorated basement filled with smell of coffee and curry awaits. The coffee shop has been inviting Tokyoites to hide from the hustle and bustle of the city in its cave for almost forty years. Kugutsusou has been originally opened in 1979 by the member of puppet theatre Yukiza and remained unchanged up to this day. It’s exactly how you would imagine a kissaten – dark, old-fashioned, with a wide range of coffee beans brewed with slow dripping and, of course, playing jazz in the background. The coffee beans in Kugutsusou have been aged and naturally dried over two years. It’s then brewed by traditional Japanese nel drip. Coffee in here does not have much acidity ­– bittersweet tones from the roast dominate the flavour.  The highlight is the brew of top grade Hawaiian Kona coffee with its unique natural sweetness and low acidity (¥ 1,400).